The Boss Baby: Family Business (PG, 107 minutes) capitalizes upon the success of the 2017 animated hit about the well kept secret that some babies are business executives of the BabyCorp.

In this movie sequel, brothers Tim and Ted, who once were Boss Babies, have grown up. Tim is married and has two daughters, one who turns out to be a Boss Baby too. She warns her dad, Tim, that there is an educational organization that is trying to take childhood away from kids.

Tim and his business absorbed brother Ted are given a magic potion that lets them be children again. They are supposed to infiltrate the school program and stop a plot to eliminate parental control of children.

The fast moving events are clever and cute, as you might expect. The imaginative staging, with the theme that growing up does not mean growing apart, is a sure formula for family entertainment worth three heartwarming potatoes.

While the sequel suffers from the same problems as its predecessor, The Boss Baby: Family Business maintains the momentum of the animated franchise.

There’s something undeniably charming about The Boss Baby: Family Business. The Dreamworks animated feature is a delightful family film full of laughs for children and parents alike. The tone is wacky without being obnoxious, and there’s just enough heartwarming pathos to ground the otherwise ridiculous story. While the sequel suffers from the same problems as its predecessor, and as a follow-up fails to transcend the original, Family Business maintains the momentum of the animated franchise.

The Boss Baby: Family Business continues telling the stories of Tim Templeton (James Marsden) and Ted Templeton Jr., the titular “Boss Baby” (Alec Baldwin). The brothers are now adults, with Ted being an incredibly wealthy and successful entrepreneur, while Tim is living happily as a stay-at-home father of two daughters: 7-year old Tabitha (Ariana Greenblatt) and secret Baby Corp agent Tina (Amy Sedaris). When a new emergency arises in her organization, Tina reveals herself to Tim and Uncle Ted, reminds them of Baby Corp’s existence, and transforms them back into children to act as undercover agents.

Like in the original film, the main villain in The Boss Baby: Family Business is a threat to Baby Corp’s corporate interests. In this case, Dr. Erwin Armstrong (Jeff Goldblum) has opened a line of prestigious schools called the Acorn Center for Advanced Childhood, which Baby Corp would like to gather intelligence on. Even just by the Boss Baby franchise’s standards, this storyline is weak — but Dr. Armstrong is at least a joy to watch. The animation is inspired, with the kooky child specialist moving with fluidity and energy seemingly at odds with the character design and Goldblum’s signature dry cadence. The actor is well-cast in the role and his performance elevates every scene he’s in.

Sedaris is another welcome addition to The Boss Baby: Family Business. Her energy and quirky charm are perfect for the role of a spunky, business-oriented infant, and her performance provides a welcome counter-balance to Baldwin’s hyper-masculine, sultry drawl. As the only real child in the main cast, Greenblatt does an admirable job of making Tabitha a believable and sympathetic 7-year-old. However, it’s a missed opportunity to have adult Ted and Tim return to be the main characters, rather than set up Tabitha and Tina as the next generation of Baby Corp agents. Baldwin is once again hilarious in the role, but having Marsden replace both Tobey Maguire as adult Tim and Miles Bakshi as young Tim was a strange choice that doesn’t always work in Family Business. 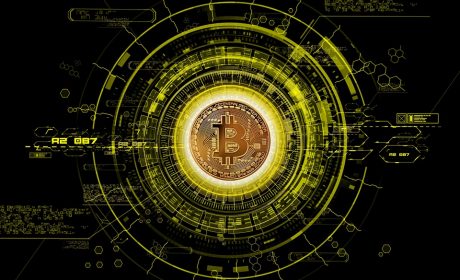